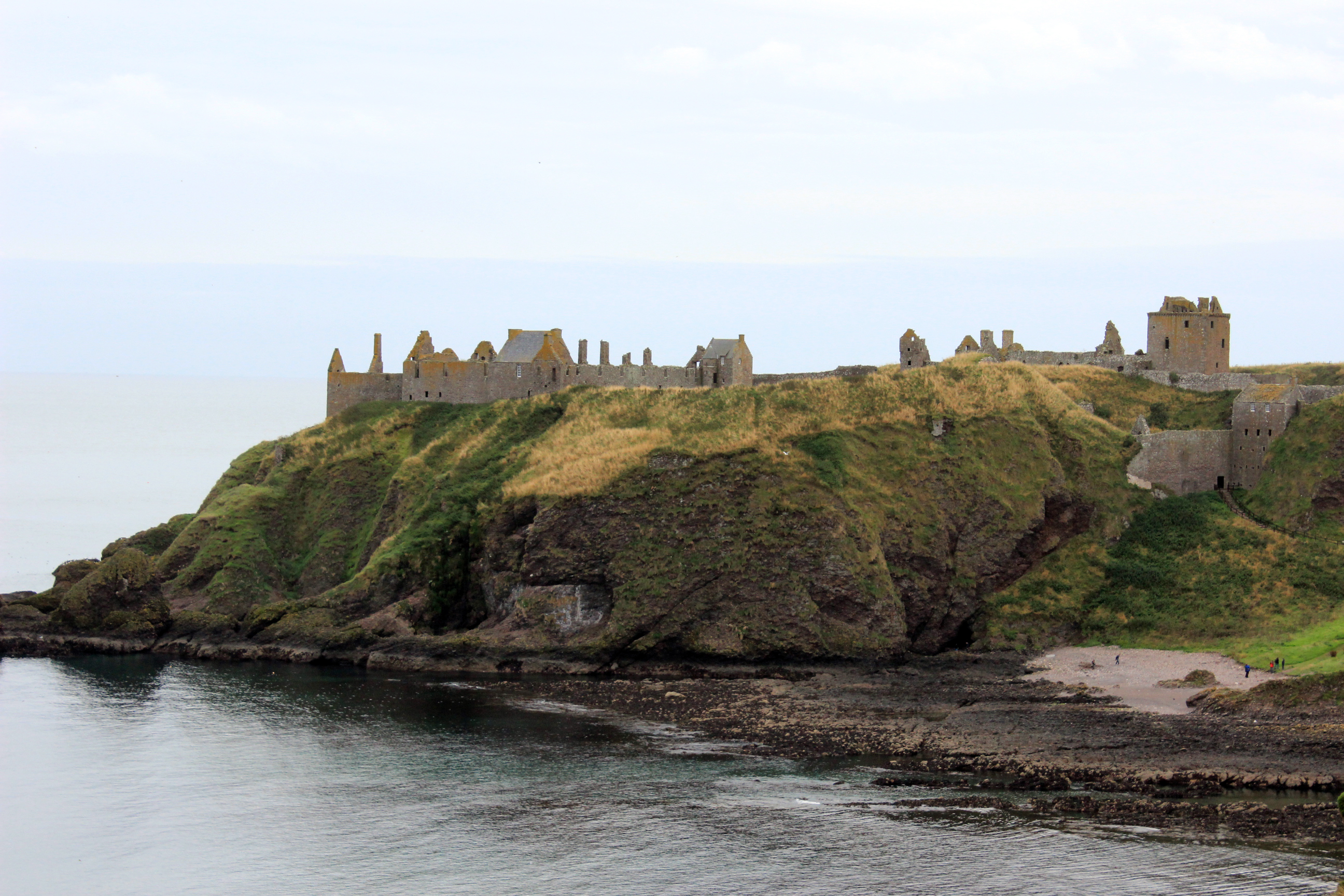 About 10miles south of Stonehaven along the coast, you will find the royal burgh of Inverbervie, often knowns as ‘Bervie”.

This Aberdeenshire village has a population of around 2,000 and can be reached by taking the A92 trunk road from Stonehaven.

Inverbervie is situated at the mouth of the River Bervie, from which it takes it's name.

The origins of the name derives from the Gaelic. Bervie is associated with the word "beru", to flow, and "inver" denotes the mouth of a river.

It is worth visiting the shore where you will find an has an attractive pebble beach, with rock pools brimming with life.

You can walk from here to the next fishing village of Gourdon.

One of Inverbervie's most famous residents was Hercules Linton who was born (1836) and died (1900) in the same house in Market Square. Linton designed the notable tea clipper the "Cutty Sark". A memorial to him stand next to the Jubilee Bridge, featuring "Nannie Dee" - the witch from Robert Burns' poem "Tam O'Shanter" - holding a grey horse's tail in her hand, a replica of the figurehead of the ship.

You can learn more about the Cutty Sark by visiting www.cuttysarkvirtualmuseum.com

Inverbervie was granted Royal Burgh status in 1342, by King David II of Scotland after his boat ran aground off the coast here. The Royal Charter bestowed various rights on the local inhabitants, many of which are still in effect today including fishing rights on the River Bervie.

Over the last few years, many new houses have been built and the town now has a thriving community

More information about Inverbervie can be found at bervie.net